Skip to content
HomeSan Bernardino Shooting: Just Another Day of Psyops in the Big Lie USA.

San Bernadino Incident is an Obvious and Brazen Staged Event.

The San Bernardino shooting of December 2nd, 2015 was a work of fiction created by the same team behind Aurora, Sandy Hook, Charleston, Garland, Chattanooga, the WDBJ shooting and pretty much all of the high profile supposed shooting massacres and “terror attacks” in the United States over the past several years.

The incident combines elements of two of this years previous faux events, at Garland and Chattanooga with a boosted “body count” for added emotional impact.

There was no shooting in San Bernadino  , there were no 14 people killed and 21 wounded, what happened in San Bernadino was just another drill sold as a live event, and a particularly poorly constructed example of the genre.

One look at the scene outside the Inland Regional Center made it very clear that there was no shooting incident there merely an active shooting drill and that fact combined with the recent history of similar events makes the hoax hypothesis the only sustainable and logical conclusion.

If there had been a genuine shooting massacre there would be no need to stage a fake scene of the aftermath of a shooting with fake victims.

All of the footage of the aftermath is footage of an active shooter mass casualty drill. All of this drill footage has been presented as being the authentic aftermath of a massacre, none of the footage from the scene outside the Inland Regional Center shows anyone who is wounded.

When you have fake wounded people laying down on pre-positioned ground sheets in an area marked by witches hats, in the middle of a supposed emergency, well they almost seem not to be trying.

When you have a group of people obviously playing the role of the wounded in a landscape that in no way matches that of the aftermath of a genuine emergency, all the other details become somewhat secondary but it is worth noting that the Inland Community Centre holds monthly active shooter drills. 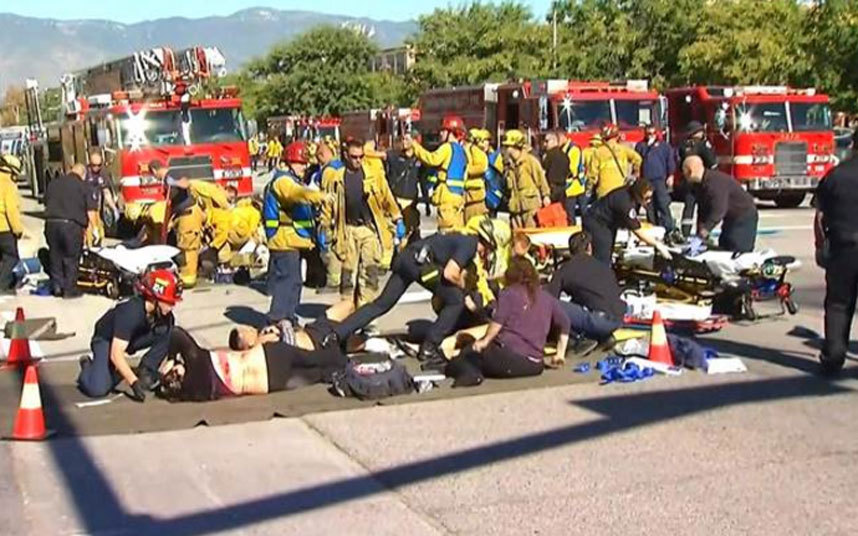 The shooting is claimed to have been carried out by a husband and wife team of Muslim Americans. The narrative is a bizarre and incoherent hybrid of the “going postal” and “Muslim terror attack” sub genres.

The absolutely ridiculous story is that the fellow they are blaming was involved in a minor dispute at his work Christmas party, went home to his wife (who they have back-filled as being a Facebook IS supporter!) Informed his wife that it was time to embark on a mass murder spree in the “name of Islam” so they dressed in combat gear, gathered up all the ammunition they had amassed along with a bunch of pipe bombs, dropped their six month old child off with relatives, drove to the Inland Regional Center and conducted the massacre before fleeing and being found and killed later by the local police.

According to the San Bernardino Police Chief Jarred Burguan the assailants were wearing masks, but the masks did not stop people from identifying them, so the police went to their address, encountered the vehicle they were traveling in close to their home, and killed them and during this encounter, despite being in possession of dozens of pipe bombs, the police state that the perpetrators threw a mock explosive from the vehicle before being killed.

The “Wounded” Woman in the purple top.

To my astonishment one of the people who seemed completely unhurt up to that point WAS the patient and the woman, showing no signs of distress at all, calmly climbs onto the gurney to fulfill her role having walked unaided to that point, no gunshot wounds, no wounds at all.

It is possible, albeit highly unlikely, that the second part of the story actually happened, that the police were told that these two were the perpetrators of a shooting and tracked and killed them on that basis.

The body visible on the scene does not seem to match the police description of the shooters.

It also appears, that the blood and other evidence of the second shooting were placed at the scene after the event.

The disposal of the patsies is always a very difficult part of these stories to unmask because the police completely control the scene and the information that is released so the really obvious signs of deception that are present in the main scene are generally harder to discern at the secondary scenes.

Whether the designated offenders were complicit in the deception or were simply framed and executed is of secondary importance in comparison with the fact that the core event they are accused of perpetrating clearly did not take place.

Lawyer States Suspects were found handcuffed in the back of the SUV!

The response to this from Cuomo only served to underline the true role of the media.

It would have been completely legitimate for Cuomo to question the veracity of the “found handcuffed” claim, but he did not do that, instead Cuomo proceeded to attempt to intimidate the two lawyers representing the family into affirming the guilt of their clients and to reaffirm the official story and close down all questions.

If David S. Chelsey’s claim is correct there seems no doubt that Syed Farook and Tashfeen Malik were framed and murdered by sinister forces and left in the car to be found and blamed for fictional crimes.

The claim s made at the beginning of this interview.

Shooters’ family attorney: Everyone is clueless


Muslims: a good choice of offender.

Because the patsies, the designated offenders were Muslims, a group many Americans fear and hate, having been subjected to decades of fanatical Zionist propaganda, this strange mess of a psy-op is going to be widely believed, even compared with events like Aurora and Sandy Hook.

The hybrid nature of the narrative, means that today millions upon millions of people around the world are earnestly debating whether this infantile, clunker of a non-event was a terrorist attack or mere regulation mass shooting in the workplace. It was neither.

This is a classic psychological warfare tactic that is very effective, the phantom discourse, the duelling arguments anchored in illusion. The perpetrators simply press the right buttons and sit back and watch the inevitable Pavlovian response.

It is especially funny to consider that the creators of these disastrous and inept productions pat themselves on the back and consider themselves a race above and beyond the people they have brainwashed. It is especially amusing that they react quite viciously towards any who defy the designated version of these events despite the fact that anyone with eyes can see with these really bad ones that they are a total lie.

The claim about the female member of the attack group posting her allegiance to the Islamic State on Facebook us especially silly. Think about it, you have decided to join a clandestine network of terrorists and attempt to conduct attacks in the US.

First step: climb on Facebook and provide the CIA, FBI, NSA and every other intelligence agency who own a computer full knowledge of your intentions!

None of these billion dollar heroes ever notice of course and this is solid evidence that they need a bigger budget, they must be shockingly under resourced to have missed something like that after all. It is not as if they need a warrant.

The overarching purpose is the one expressed by then CIA Director William Casey to President Ronald Reagan,

“We’ll know our disinformation program is complete when everything the American public believes is false.”

Lies and deception are as a source of power, an ongoing goal of the US and other Western Governments, they believe in lies as a way of life for the people they pretend to serve.

One interesting aspect of the San Bernardino incident is that what seems to have been intended to be another gun/mind control psyop has seemingly morphed into an “IS supporters” attack apparently in order to satisfy the media demand for the terror narrative. The media are actually running with both psyops simultaneously according to their owners priorities.

This seems to be happening because the owners of the media are absolutely desperate for a large Western ground operation in Syria and until that is achieved, all other goals are secondary.

On the local level, the city of San Bernardino has been experiencing long term financial problems, the city is broke so when the men from the Federal Government popped up with the suggestion of turning one of the local drills into a faux operation, the people from San Bernardino presumably felt they had little choice but to agree and accept the promised injection of Federal spending that the city would receive for it’s service to the cause of deception.

34 thoughts on “San Bernardino Shooting: Just Another Day of Psyops in the Big Lie USA.” 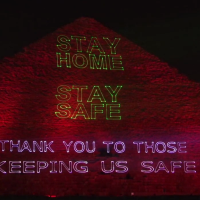 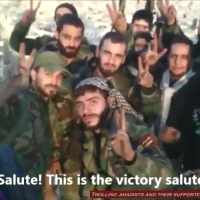 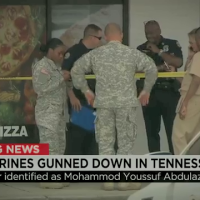 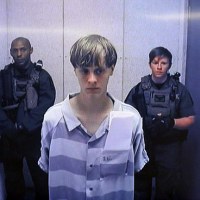