“We can’t just move on from this.” Anderson Cooper, CNN in the wake of the Virginia event.

The Virginia Television shooting was one of the more creative and memorable in the litany of gun control and latterly race war psy-ops that are regularly conducted by elements of the US government and corporate media.

The event is supposed to be sufficiently upsetting and confronting so as to cause the brain to short circuit and thus prevent the viewer from questioning the narrative.

My initial response to the “live on TV” shooting from Virginia was the immensely foolish “Well that must be real because they couldn’t fake a killing on live television.” This was completely incorrect, this was a very audacious made for television event, it was one of the more creative hoaxes we have seen but still when separated from the immediate shock value, is an obvious fraud.

The disgruntled employee/enraged black man Vestor Lee Flanagan was filmed conducting the faux shooting with two separate cameras, the broadcast camera and a mobile phone held by the “killer.”
The death of the cameraman was ingeniously simulated by having the cameraman place the camera sideways on the ground.

This seemed to imitate the deaths of IS and other fighters that have been filmed by helmet cameras. When the man wearing the camera is shot, the effect is identical.

I would not recommend this video but it does provide an example of the authentic filmed death that they have tried to simulate in Virginia. The difference between real and fake violence is quite easily seen if you are familiar with scenes of true violence. The atmosphere when there is real violence is completely different.

People shrieking and screaming and the sounds of gunfire do serve to simulate the outward signs but the underlying mood of the scene is completely different.

The tension and fear in a real life or death situation are palpable, the mood is very intense, there is a great deal of confusion and fear. The two situations are like day and night. Everything is different.

There was an excellent piece at Activist Post that made most of the points I wanted to make about this.

A good outline if the broader story is here.

If you watch the video the “killer” supposedly made, it is slightly disturbing at first, but the longer it progresses the more obvious it becomes that we are watching a very poorly staged made for television event conducted by actors.

They have the man with the gun slowly walk up behind the unsuspecting cameraman and  interviewer. They made a real mess of this as the man is wandering around wielding a gun within feet of them yet they do not notice he is there at all.

This is completely unrealistic, it is downright nonsensical. Even without the gun, people always, simply always look up when another enters their area. Test it for yourself. The idea that a large black man with a firearm is wandering around within feet of these people and none of them give him a glance is in itself hard proof that this event was not in the slightest bit authentic and any who treat it as such are simply being played for fools.

The people playing the targets are acting in a way that many people act in the movies, but that does not match real life. It is one of those classic movie making errors that make this impossible to believe.

There is no evidence in any of the footage (frantically suppressed, as per the Charlie Hebdo cop and James Foley fake killings) that any shooting has taken place and if the event was authentic there would be. The shooter films himself opening fire at point-blank range on the woman reporter and nothing happens.

There is no projectile that exits the barrel of the weapon and no impact is discerned on the female reporter who the gun has been aimed at and fired. Nor in the surrounding area. This is not out of sensitivity for the dead but instead is due to the fact that the event was simply a psy-op.

That video is very strong, but I was concerned the gun they were using as a comparison was not the identical weapon so I found a short demonstration video of the Glock 19,(the weapon supposedly used in the Virginia TV shooting) in order to confirm that the weapon ejects the used rounds and it does. That one detail hard proves that the WDBJ shooting event was not an authentic shooting.
Glock 19 – Test Fire

You almost have to admire the fanatical tenacity of the engineers of division and gun control in the US, yet their antics grow tiresome. The repetition and the banality are overwhelming.

Credit Where it’s Due.

There were some very creative touches, real moments of brilliance in this script. The way they pretended to film and accidentally broadcast the killings and then cut back to the faux “shocked and confused” anchor was a sterling moment. It’s always pleasing to see real cunning in a deception.
The way this camera provided a brief glimpse of the “killer” was another piece of real creative brilliance.

The Fictional Lone Nut Race War is On!

Some Americans have fallen for this character and this event as an episode in a simmering racial crisis.
That is another very ambitious aspect of the Virginia event, because the designated offender here Vestor or Bryce or whatever his name was, is supposed to be taking revenge for the Charleston shootings.
So they are at the stage of actually manufacturing a fake lone nut race war! They fake the mass killing in Charleston by the white guy lone nut and then they have the black guy character conduct the fake tit for tat massacre in revenge for Charleston!
Fake killers conducting faux killings in a fictitious lone nut race war. It is pretty funny stuff.

The CIA dream of Zombie America.
It is clear that the New World order is absolutely obsessed with social control and the tight regulation of firearms and the prevention of all militarily effective firearms from being in the hands of the populace-a classic marker of tyranny, is among their key goals.

It is worth considering that the act of deception itself is part of a key goal of social control.Mind control via lies and deception.

These events shape the discourse, traumatise the credulous and buy time for the plotters, along with the specific policy goals they achieve deception, a key goal unto itself.

CIA Flashback: “We’ll Know Our Disinformation Program Is Complete When Everything the American Public Believes Is False.” | Truthstream Media

“We’ll know our disinformation program is complete when everything the American public believes is false.” William Casey 1981 (Barbara Honegger was present at the meeting Casey said this and passed it onto DC journalist Sarah McClenden. It may read as “too good to be true” and therefore apocryphal, it isn’t.)

This is being done by a part of the US government and may even be legal. There was a late inserted clause in the version of the NDAA passed in 2013 that sought to overturn a 1948 prohibition on the US government deliberately misleading the people of the US.There was no special reason for that of course, just part of the necessary business of Government.
One of the very troubling things is that the corporate media are at the forefront of the deception and the tyranny agenda, they actually push the government, encourage them to even bigger lies. 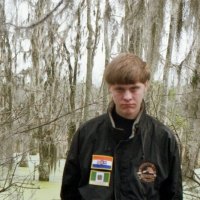 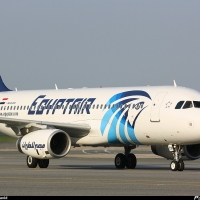 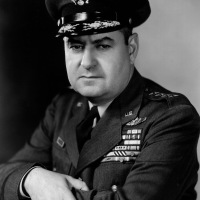 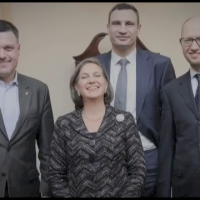 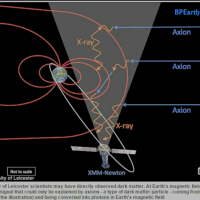